In his latest treatise on assholery, Aaron James has diagnosed Donald Trump as an ass-clown. I am heartened by the author’s ramification of his 2012 definition of an asshole, who

(1) allows himself to enjoy special advantages and does so systematically;
(2) does this out of an entrenched sense of entitlement; and
(3) is immunized by his sense of entitlement against the complaints of other people.
(Aaron James, Assholes: A Theory, Doubleday, 2012, p. 5.)

In reviewing his earlier effort, I took issue with the fundamental premiss of defining an asshole as somebody who is immunized against the claims of equality. Many walks of life in our society are predicated on competition whose cardinal principles are limited to ensuring a fair and equal opportunity to play the hand one has been dealt, even to everybody else’s possible detriment. At the same time, most people choose to immunize themselves from the consequences of free agency to a certain extent, by willingly subjecting themselves to political and commercial domination of their social superiors, be they individual or corporate. From the standpoint of this willing subjection, any attempt to undermine this domination through the exercise of individual rights, betokens assholery as defined above by Aaron James. Under my definition, the uncompromisingly competitive agent, whom I prefer to identify as a righteous asshole, or if he also seeks to entertain his audience, a righteous assclown, satisfies the enumerated definientia as follows:

(1') he allows himself to enjoy the advantages of exercising natural rights unexercised by the majority of his compatriots and does so systematically;
(2') he does this out of an entrenched sense of entitlement to natural rights available to all but sustained by precious few; and
(3') he is immunized by his sense of entitlement against the complaints of other people who would prefer him to join them in docility.

To claim a personal interest, my definition of assclowning by word and deed antedate Jamesian efforts by some three years. In the event, on 27 October 2009, I acted out my assclownery by carrying a gun and a videocamera in front of the Menlo Park offices of New Enterprise Associates, the wealthiest venture capital firm in the world, to protest their partnership with Min Zhu, a technocrat who some twenty years prior had raped his 14-year-old daughter. In the event, my sense of entitlement was underwritten by the First and Second Amendments to the Constitution of the United States, and equally available to all my compatriots.

Likewise, any righteous Jamesian asshole who correctly understands his sense of entitlement to be exercised by few of his peers despite being available to all, remains well within his rights under the social compact that warrants certain unalienable Rights, among which are Life, Liberty, and the pursuit of Happiness. Moreover, even as observation and reflection may warrant a reasonable inference that in doing so as a righteous assclown, he seeks an audience’s enjoyment, Occam’s Razor enjoins us from concluding that he is being slow to understand how it views him. A more economical interpretation, which eschews the interpreter’s arrogation of insight far superior to that of his subject, is that the latter simply doesn’t give a fuck.

And why should he? A man acting within his rights needs not concern himself with how his audience views him. The citizens of the Kingdom of Ends have a right to pursue their ends, so long as they consistently treat its other members as ends in themselves, and not as mere means. And although social competition is nowise a zero-sum game, they remain within their rights to claim a greater share of its economy than that claimed by its less competitive members, provided that they do so under the auspices of a maxim whereby they can at the same time will that it should become a universal law without contradiction. And surely there is no contradiction in willing the universal survival of the fittest.

Carlo Cipolla’s Third Basic Law of Human Stupidity defines a stupid person as “a person who causes losses to another person or to a group of persons while himself deriving no gain and even possibly incurring losses.” Causing losses to another person or to a group of persons is in and of itself morally neutral, depending mainly on whether it is done in the course of fair competition that refrains from exploiting them as mere means to one’s ends. On the other hand, doing so without realizing at least a commensurable gain would be blameworthy to the extent of its wastefulness. Thus an asshole who derives no personal benefit is stupid, whereas an asshole who only derives a personal benefit while foreclosing all benefits to others, is ignoble.

As Bennett Cerf paraphrased Somerset Maugham amplifying François de la Rochefoucauld, “When you pass middle age, it is not enough that you succeed. Your friends must also fail.” This maxim instantiates the methods of Cipolla’s bandit, an agent who gains only while (or even by) causing losses to others. I take it as unfit to become a universal law without contradiction, so long as it is propounded by a political animal, Aristotle’s πολιτικὸν ζῷον. In keeping with the foregoing methodological considerations, I refrain from speculating on the intelligence or stupidity of candidates to assholery, ranging from Aaron James to Donald Trump and beyond. Likewise as to their righteousness and nobility.

Peter Thiel’s cloak-and-dagger war against Gawker—not to mention his support for Trump—has brought his vile political views back into the limelight. After all, is it any surprise that a fellow traveler of Mencius Moldbug’s Dark Enlightenment movement would go on an all-out war on freedom of the press?

I have received your second denial, dated 4 May 2016, of my amended application for a special event permit, submitted on 15 April 2016. My second appeal follows.

With respect to your complaint regarding my application being incomplete, please refer to the map I submitted with it, as reattached below for your convenience. The red rectangle that designates the location of my entertainment event represents the location of my Dodge Ram SRT-10 pickup truck. All my activities and all my equipment will be confined to its bed and cabin, as driven to and parked at the designated location. The video presentation will be made with a 55" SunBrite outdoor TV, mounted in a Gator G-Tour E-Lift, and powered by a portable generator. As stated in my original application dated 28 July 2015, I will remain on site around the clock until NEA publicly acknowledges its wrongdoing and severs all its relations with Min Zhu, Scott Sandell, and Dick Kramlich. My staff will attend to all my needs with daily deliveries, in full compliance with all relevant laws and regulations.

My event is most certainly meant to be open to the community at large, and I will make every accommodation for all passerby to engage lawfully and safely with its content and its authors. Without limitation, these accommodations will include distribution of flyers and souvenirs, and opportunities to engage me in real-time discussion, broadcast via a live Internet linkage.

If the foregoing explanation satisfies your concerns, I will forgo carrying of loaded weapons in the spirit of compromise. However, if you continue to object to my carrying unloaded firearms in the course of my entertainment event, I shall be happy to litigate the matter of loaded open carry within the scope of Constitutionally protected speech. Your citation of Penal Code §16840 providing that “a firearm shall be deemed to be ‘loaded’ whenever both the firearm and the unexpended ammunition capable of being discharged from the firearm are in the immediate possession of the same person”, is inapposite, because applicable solely to “[e]very person who carries a loaded firearm with the intent to commit a felony” within the scope of Penal Code §25800. I assure you that I have no such intent.

Lastly, I do not understand your claim that “a practical reading of the entertainment exception would require the Department of Justice or the Menlo Park Police Department to authorize [my] event.” If you are claiming that my Constitutionally protected speech stands in need of such authorization, as explained previously, I shall be happy to settle this matter within the scope of a civil action for deprivation of rights pursuant to 42 U.S. Code §1983. Indeed, if you compel me to do so, the venue of my performance will merely change, from Sand Hill Road, to a Federal courthouse. One way or another, my message will resonate with its intended audience.
I trust that I have answered all relevant questions and addressed all legitimate concerns. I hope that no further explanations will be necessary for you to make a final disposition of my application. 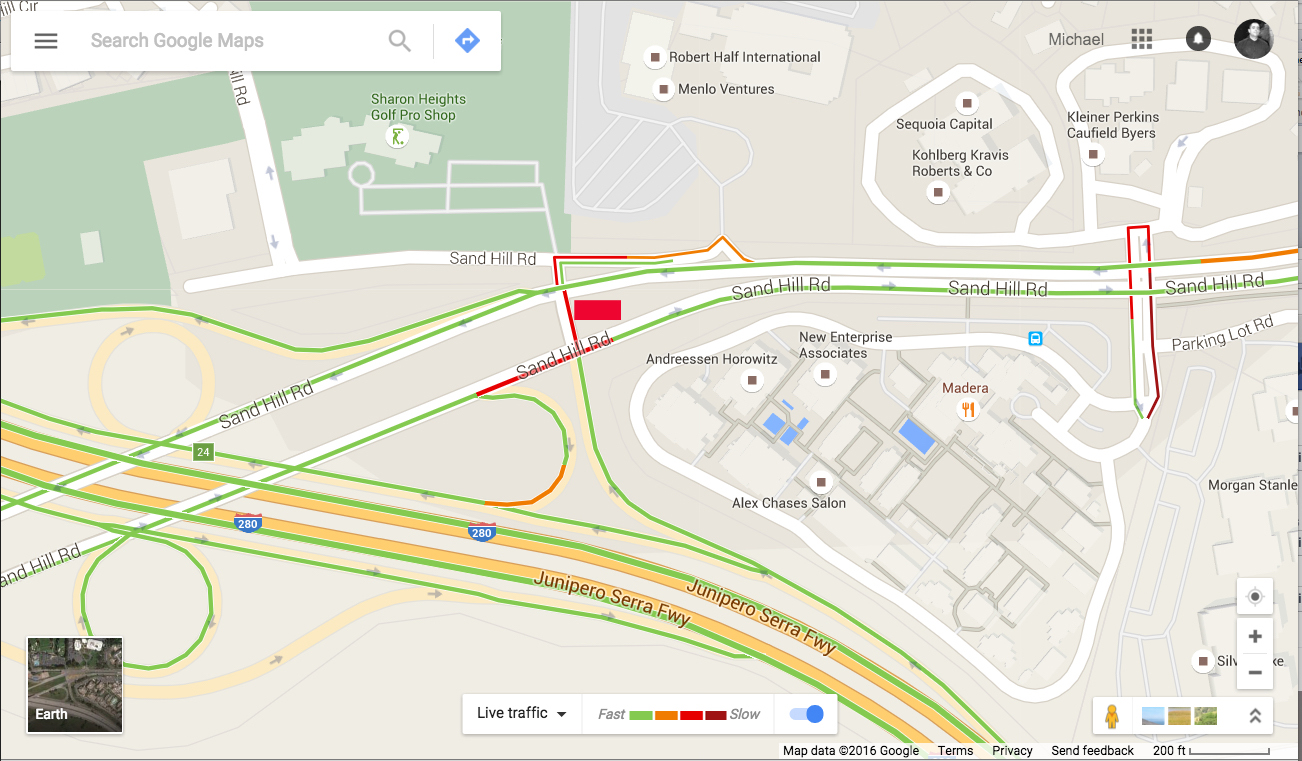