Continuing my effort to explain Russian culture to my Anglophone friends, I translate herewith a political revelation by 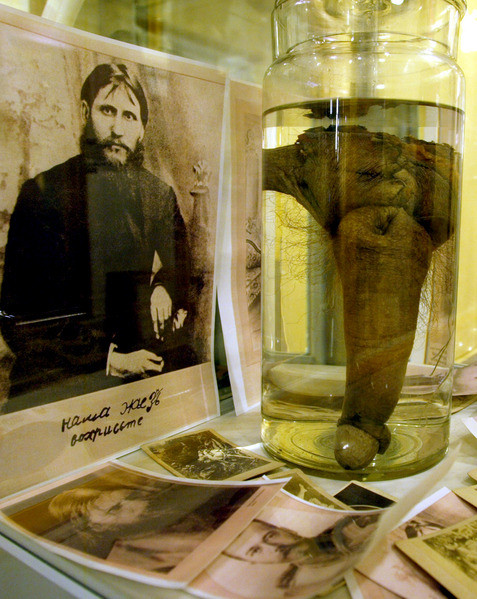 Putin and Nicholas II have one thing in common. Their activities are grossly incongruous with their time.
Take the beginning of the twentieth century, with its incredible development of science and technology, its rapid progress in all areas of human endeavor, yesterday’s fiction becoming today’s commonplace. The creative class is poised to choose between building socialism according to the latest teaching of Herr Marx, and making do with conventional imperialism as embellished by Kaiser Wilhelm. But they all agree on the benefits of electricity. Only the autocrat’s mind is focused on strengthening the faith of the Orthodox church, on monasteries, gonfalons, church elders, sackcloth spirituality, and the Protocols of the Learned Elders of Zion. Naturally, normal people disparage this anachronism as shameful wild delirium. “In this day and age—such facial foliage?! Such pre-Petrine nonsense in the era of radio and airplanes? Our rulers are all fucked in the head!”
But people find it hard to acknowledge that fuckheads reign over them. Because it is very humiliating when they, all so enlightened and educated, are lorded over by mediaeval fuckwitted assclowns. People would rather pretend that villains—let them be unmitigated villains!—are pursuing some kind of self-interest, than recognize fuckwits enforcing their virtues. Rational villains are more agreeable to rational people than disinterested fuckwits. They are not nearly as repugnant.
Thus the rumors that Rasputin fucked the czarina with his 16-inch cock, that he alone could please that insatiable German bitch, appear to be in part an attempt to rationalize. Because the alternative—that the czar believes that God speaks to him through the holy elder—is even more horrible.
So today I want to believe in the devious conspiracy of the upper crust flirting with the unholy rabble to cover up their thievery… And yet something tells me that they themselves are the unholy rabble. And that they are acting in dead earnest.