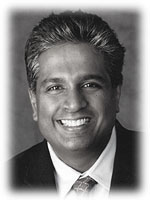 In early 1999, you made an offer to my partner Erin Zhu to collaborate with your company, WebEx Communications. A year later, you reneged on our deal. When I contacted you with a reminder of the debt that your company owed to mine, you failed to respond to my attempt to settle my claims amicably. Before I could file my complaint, I received anonymous death threats made in the names and on the behalves of your partner, Erin’s father, the child rapist Min Zhu, and your company WebEx. The threats attempted to elicit my submission, echoing the terms used by your partner to have his way with his daughter.
You appear to be complicit in the threats. At the time I was ordered not to fuck with WebEx on pain of imminent death, you were the only adverse party who knew of my claims against your company. Since 2002, you have been confronted with compelling evidence that Min Zhu, your business partner and direct subordinate, was a degenerate incestuous rapist responsible for crimes committed in the name and on behalf of WebEx. You discharged due diligence owed to your shareholders in this matter by asking Min Zhu for the Bart Simpson defense: “I didn’t do it, no one saw me do it, you can’t prove anything!” You continued to support Min Zhu until my public protest made your support unbearable. Then you allowed him to retire in good standing.
You are suing me for claiming that that WebEx diverted shareholder assets to cover up Min Zhu’s child rape of his daughter. I am holding you, its chief executive officer, personally responsible for the threats made against me. I do so in response to your company’s costly, vicious, and mendacious defense against my rightful claims. Throughout my litigation, I gave you innumerable opportunities to make amends for lawlessness perpetrated in your name, on your behalf, and by your side. Instead of doing so, you closed ranks with its perpetrator. Your lawyers promised that my lawsuit would destroy the lives of my family. You failed to repudiate these threats even after my father, plaintiff in a related lawsuit, perished in a fire of unknown origin. Your counsel attempted to intimidate my lawyer David Affeld by advising him to “weigh the wisdom of serving as [my] amanuensis.” You have sided with a degenerate. Your hired help is aping his tactics. This alliance will define your reputation. The United States makes no distinction between those who commit acts of terror and those who support and harbor them. Neither do I.
Judging by the billing rates claimed by your lawyers, your failed coverup cost WebEx shareholders well over a million dollars in legal fees. Its fallout has debased the reputations of its management. Your libel lawsuit against me, Los Angeles Superior Court Case No. BC324927, has been sanctioned twice for bad faith pleadings, requiring WebEx to pay my attorney’s fees. In response to my May Day protest against its employment of a violent paedophile, your company cancelled its User Conference at Westin St. Francis in San Francisco. These costs represent shareholder assets squandered on covering up child rape.
Our conflict began with fraud committed by the Zhus. It escalated to threats and menaces against me. My only condition for ending it is that you make an act of sincere contrition for all your wrongs against me. The only amends I would accept should come out of your desire to do the right thing, and not out of your desire to dodge adverse consequences. You appear reluctant to apologize for crimes. Consider the alternative. KPMG made amends for its partners’ wrongdoing, whereas Arthur Andersen refused to do so. One still exists, the other is out of business. I advise you to emulate success. Otherwise, I shall ensure your failure. Till then, starting tomorrow, I am making myself available right outside of your place of business.