Welcome to the online journal of larvatus. Stable texts are open to the general public. Squibs and sallies, schemes and stratagems, jaunts and taunts, are restricted to friends. Please note that locked texts subject to third party copyright are provided to my friends under the doctrine of fair use, subject to implied consent by all their readers to abstain from redistribution. Reciprocal friendship shall be extended to all sane, sound, and disinterested personae. Comments and critique are always welcome. Marriage proposals and death threats shall be entertained in the order received.
The House Rules are few and lax. All anonymous comments are initially screened. They shall be revealed or answered at your host’s discretion. All signed comments are initially presumed welcome, until and unless they cause an affront to your host. Thereupon their author shall become banned from further contributions to this journal. Otherwise, anything goes.

A treatise? You don’t say! I haven’t treated squat!
A study? Slothful wretch, my culture fetid rot.
A volume? Random heap, sheets stacked in disarray.
Good copy? Not with me enmired in the fray.

A poem? Not today, my lyre is being cleaned.
A book? Of fusty tomes far better to be weaned.
A song? Would that it were, my ear is made of tin.
Fun pastime? Sordid den, dire boredom dwells within.

A cadence? Rhythmic flow is broken by dull grind.
A product? I divide what others multiplied.
A story? Handicapped, my lame and laggard Muse.
Clear proof? My mind is fraught by grief and lit by booze.

High fashion? Wealth and style inform nowhere my dress.
Grandstanding or grand mal? My spasms fail to impress.
Evicted from the hall, I lurk behind the stage,
In transit, poised to choose: a joy house or a cage.

Too old? But to retire, my tenure won’t suffice.
Too young? My hectic life will rid me of this vice.
A sage, a slob, an ace, a master, and a clown,
A stud without a flock, a king without a crown.

THIS is without pretense, and yet a blatant pose.
It’s life and nothing but, confessed in deathless prose.
A masterpiece? Could be, I never made one yet!
A farce? A waste? A bomb? Decide and place your bet!

I bet… and I shall sign herewith my humble name;
My child shall overcome each tainted libel claim.
Through chance it will prevail, its fate a stroke of luck…
Art knows me not at all — and I don’t give a fuck. 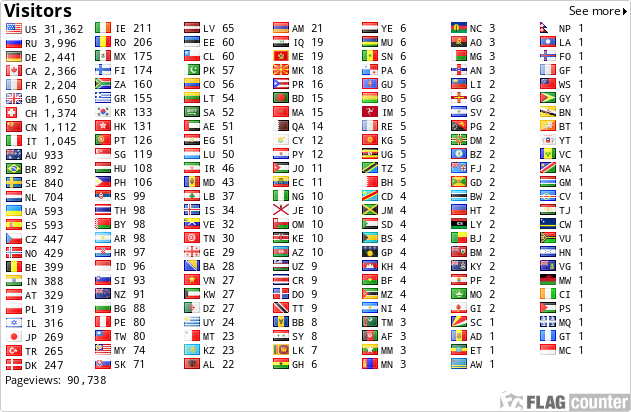 Over sixteen twenty years online, I have received a broad spectrum of threats and pitches, and entertained a commensurate range of slurs and plaudits. This experience has crystallized two iron laws of online communications.

The first law is a corollary of Occam’s razor. No matter what you are promised or threatened on the Internet, the most you will get out of it is oral ministrations. In other words, there is no downside in moving virtual bluster to realspace. Yonder puffed-out sock puppet is as unlikely to escalate its verbiage to physical damage, as the heiress of an African potentate, to bestow her commission upon Americans paying their facilitation fees. By contrast, that virtual fellatrix yearning to reward your eloquence with expert suction may well come through as promised, especially if you overlook minor discrepancies ranging from mien to gender.

The second law of Internet intercourse is a corollary of the first. Only a clueless newbie responds personally to an anonymous troll. To illustrate its application, whenever one of the latter kind feels the urge to share its thoughts about anything but one of the former, it should take them instead to someone who can relate to its bogus persona. It makes no difference whether a figment of this sort touts itself as a public intellectual in mufti, or poses as a skank that services barnyard livestock for spare change. In the immortal words of Jack Nicholson, sell crazy someplace else, we’re all stocked up here.

A final notice to the insistent incognito. When you surpass words in punishing my excesses, make sure that your hostile deeds leave me unfit to retaliate. My reckoning will define the remainder of your life. It’s happened to your betters before. Don’t let it happen to you.

In 1299, King Edward I of England ordered the sheriffs of Salop and Stafford to prohibit any one “from tourneying, tilting . . . or jousting, or making assemblies, or otherwise going armed within the realm without the king’s special licen[s]e.”

Some 18½ years after authorizing torture in the service of the War on Terror, Jay Bybee relied on this royal order yesterday in George K. Young v. State of Hawaii, to gainsay the Second Amendment to the Constitution of the United States on behalf of the United States Court of Appeals for the Ninth Circuit:

“The government may regulate, and even prohibit, in public places—including government buildings, churches, schools and markets—the open carrying of small arms capable of being concealed, whether they are carried concealed or openly.”

You know what else King Edward I of England ordered? Nine years earlier, on 18 July 1290, in one of the final so-called great statutes of his reign, he issued a royal decree expelling Jews from England.

Imagine the degree of judicial sophistication required to attribute more authority over today’s Americans to the former, than the latter edict.
Collapse